Royalton history comes alive on the pages of the Banner 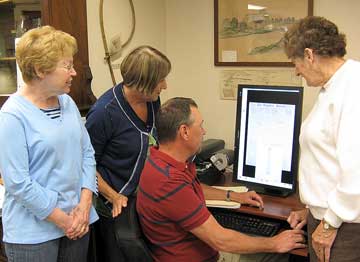 The Royalton Museum now offers a microfilm reader and 58 rolls of microfilm of the former city newspaper, The Royalton Banner. Pictured looking over a page of the paper are (from left): Mayor Andrea Lauer with Museum Board Members Carol Chisholm, Ed Zimny and Joyce Mester. Not pictured: Museum Director Barb Gangl.

A brand new microfilm reader and rolls of Royalton’s newspaper, The Royalton Banner, are waiting to be broken in by researchers coming to Royalton’s museum, located in the City Complex at 12 N. Birch Street. Due to the efforts of the Museum Board, the city received two grants to defray expenses on the project.

“We knew we had to do something to preserve our copies of the Banner,” said City Council Member Ed Zimny, board member. “When we researched with the Minnesota Historical Society, we found out that the Banner was already on microfilm down there (in St. Paul.)”

The city’s copies of the paper are bound in books, but they have become very fragile after being handled.

The city’s museum was given a new controlled environment in the City Complex, which was completed in 2006.

“We had to write the grants and finally got the approval,” said Board Member Joyce Mester. “Now we have a good place for the museum.”

Once the board decided to purchase copies of the microfilm for the city, they discovered that grants were available not only for the microfilm purchase but for a microfilm reader as well.

“We received two Legacy grants through the Historical Society,” said Zimny. “One paid for the 58 rolls of microfilm and the other paid for the reader.”

Zimny has already had occasion to use the microfilm, researching the history of Royalton’s Christmas decorations. Al Toenies, one of the men on the crew which installed the first decorations in the mid to late 1950s, came forward to ask about it. Zimny found a photo of Toenies and the crew on microfilm.

“I printed off the photo and gave it to him,” Zimny said.

The microfilm reader, a ST ViewScan II digital microfilm viewer/scanner, can edit pages before saving them to a thumb drive or printing them off right at the museum.

“It can crisp up the pieces. If an article is on two pages, it can be edited to bring the pieces together on one page,” Zimny said. “A few pages of the paper can be loaded into the reader’s memory at a time and it can then search for names and places.”

“The city often gets calls for information,” said Board Member Carol Chisholm. “Now we can copy the information and mail it to people.”

“We have to play around with it a little more and find out all that it can do,” said Mayor Andrea Lauer.

Northbrook, IL, February 4, 2021 – Digital Check Corp., a leading provider of image capture and payments processing technology, is announcing the completion of its acquisition

“That is fancy” and “wow” were the words used to describe the microfilm scanner when they saw it. On a recent episode of History Channel’s

NORTHBROOK, Ill. – (BUSINESS WIRE) – ST Imaging is honored to be recognized for a record-setting sixth consecutive Platinum award for the ViewScan microfilm scanner 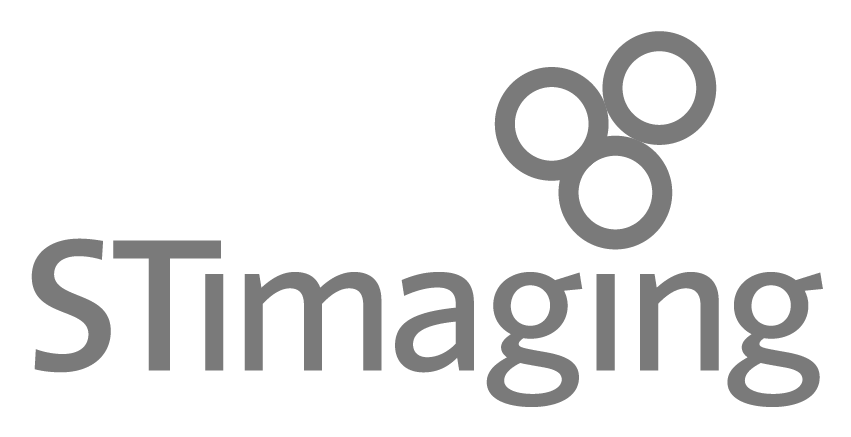